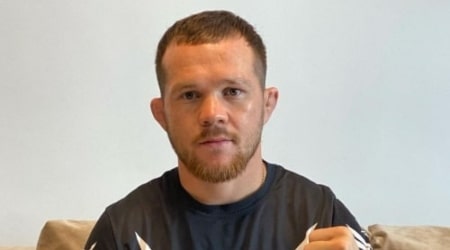 Petr Yan is a Russian professional mixed martial artist who began competing in the bantamweight division of the Ultimate Fighting Championship (UFC), in 2018. He is a former UFC Bantamweight Champion having held the title between July 2020 and March 2021. As of April 2021, he was ranked number 1 in the UFC bantamweight rankings. As of May 2021, he was ranked number 13 in the UFC men’s pound-for-pound rankings. Before joining UFC in 2018, he had started his professional mixed martial arts career in December 2014, amassing an 8–1 win-loss record, primarily competing in ACB (Absolute Championship Berkut), a Russian mixed martial arts, kickboxing, and Brazilian Jiu-Jitsu organization. During his stint there, he had won the ACB Bantamweight Grand Prix and the ACB Bantamweight Championship. He holds a blue belt in Brazilian Jiu-Jitsu.

Petr, after his high school graduation, had joined the Siberian Federal University, a modern multidisciplinary university in Krasnoyarsk, Russia. He had graduated from there with a degree in physical culture and sport.

Petr has been sponsored by –

From Uber Rides to Patient Advocates: What It Takes to Increase ER Addiction Treatment